The Wise Old Man at the End of the World 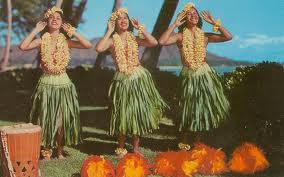 Many years ago, when I was searching for the answer to life, I thought I’d find it by going to the end of the world. That was the instruction I found in all the stories. You climbed the mountain, found the guy with the long beard, and he’d give you the secret. You’d come down a changed man, everything clear, all the doubts gone. You’d know what to do and how to do it.

So I got on a plane and I flew to the middle of the Pacific Ocean. I figured if I was going to go to the end of the Earth, it should be warm and beautiful. After what felt like days on a plane, I landed in Tahiti. The thick warm air and the sickly-sweet smell of gardenias from the lei that was put around my neck made me swoon with nausea.

But Tahiti wasn’t going far enough, I knew, if I wanted to meet the guru. I’d read in the Lonely Planet Guide about one of the remotest of the Society Islands. It was referred to as “picturesque,” and promised “quiet and solitude” which I knew meant it had little to recommend it. Just what I was looking for.

The island was called Huahine. I got on a cockroach-infested ship that travelled to the out islands. After a few uncomfortable nights on the boat I got to the island.

Even travelling to that postage stamp in space still wasn’t as far as I could go. Apparently, there was a guest house in a small village on the back-end of the island. That was my goal. At the dock I found a bus headed for the village mentioned in my guide book. I was in luck! The bus sat at the dock most of the day. A few local workers, naturally muscular golden-brown fellows with long, shiny black hair covered in baseball caps and big, toothy smiles sat on the bus, goofing around with each other, drinking beer. No one seemed to be in any kind of hurry and no one could provide information about the bus’s departure. The entire concept of “information” suddenly felt so western and embarrassingly out of place. Hey, who promised that it would be easy to get to the end of the world?

Before the sun started its precipitous plop into the water, with its glorious show-off of a  sunset, the bus finally rumbled off. I asked about the village, and the driver told me it was the last stop. Perfect. After a few hours of adrenaline-pumping hair-pin turns, I remained the only passenger when the bus bumped to a halt. The driver signaled that we were at the end of the road.  Literally. I got off the bus. Just me and my backpack.

The bus turned around and this time didn’t wait. In moments, my only means of escape was a dusty dot on the horizon.

I found myself in a ratty little village, with dilapidated tin huts, the streets riddled with crab holes. It sure was quiet and I sure felt the solitude. I looked around in vain for any sign that signaled a place for a poor pilgrim like myself to stay. Eventually, a young woman, barefoot, wearing a wrap-around skirt called a pareu and tee-shirt, sauntered up to me with her two small children. She spoke English and asked what I was doing here. I said that I was looking for the guest house. She looked at me with a scolding look as if I had made a terrible mistake and then laughed at my foolishness.

“No guesthouse here,” she said, shaking her head.

“When does the next bus arrive,” I asked.

She looked at me, I looked at her, as I felt myself falling into an endless crab-hole.

“Is there any place around here I could stay? I’m willing to pay.” In a moment of anxiety, I stuck my hand in my pocket and grabbed my wad of Polynesian Francs just to make sure I did have the money.

With a condescending shrug, she said I could stay in the empty house next to hers. I expressed my gratitude.

The house had a bed and a chair. The toilet housed a dead fish. But it was a place to stay, and there was no doubt about it: I had gotten to the end. Or so I thought.

The woman invited me to share meals with her family. All meals turned out to be the same. Poi. It was perhaps the most putrescent food I have ever eaten. It was a glutinous, snot-like concoction, that should have been coming out of my body instead of going in. Meals were hard, smiling as I forced the spoon into my mouth, making rudimentary conversation with this woman, her husband, and kids.

I suffered my days alone pacing the short beach. I fell into a bone-crushing despair. I had done what I was supposed to do. Now that all of the distractions of modern life had been scrubbed clean, and I entered the emptiness, what I found there really depressed me. What I found was — nothing.

Sunday came, and the family said they were going to Church. I could come, or I could take a row boat out to the motu. They told me that Grandpa lived out there. He liked having visitors on Sunday. Here it was! The wise old man at the end of the world! It hadn’t all been for nothing! He was here! I quickly chose the boat to the motu. What is a motu, you might ask. Have you seen those cartoons of the guy on the desert island, a circle of sand with a palm tree in the middle? That’s a motu. You couldn’t possibly get more remote than this and still be on the planet Earth. I got it now: the problem had been that I hadn’t gone far enough.

I got into the boat and glided across the lagoon to the speck of sand in the infinite sea. I got out and saw the one hut on the island. I walked to the door. Inside, there was a wizened brown man with white hair and milky-cataract eyes. He had a big smile, and greeted me as if he knew I was coming. He sat in a metal chair. Another chair sat empty, next to him. He patted the seat, signaling me to sit down. He faced a table.

On the table was a small television with a built in VCR player. The screen was filled with gray noise. I sat down and he nodded with anticipation. He smiled and pantomimed, pointing to the TV. I nodded, too, and smiled. He reached over and hit the play button. The video snapped to life.

What I saw on the screen were three hula dancers: attractive, smiling Polynesian women with long black hair, garlands of flowers, coconut shell bikini tops, and grass skirts. They moved in unison, waving their arms, with undulating hips. I looked at the wise old man and he looked at me with a big smile and nodded. Then he nudged me with his elbow, pointed at the screen, and said, “Vahine! Vahine!” Which loosely translated, means, “check out the babes.”

I could have hailed a cab on Seventh Avenue and for $7.00 gotten this message. But no, I had to spend thousands of dollars, and travel to the butt-end of the universe to receive this wisdom. For some time I chalked it up as a cosmic joke. But as the years passed, I realized that I got what I was looking for. The old man at the end of the world did give me the secret to life. If you haven’t gotten it already, here it is.

It’s not only about searching and finding, it’s about recognizing it when it is right in front of your shnozzola. I had to go to the end of the world to figure out that the secret is available wherever you look. It’s all about how you look. It’s about being passionate about what is, embracing desire, finding the deep beauty, inviting in the stranger and giving away your heart to them. It is about a willingness to share every little thing you want to hold onto. It is about the daily practice of finding harmony and connection, having a giggle together, crossing the endless abyss to recognize each other. It’s about singing, dancing, and kissing the girl. It’s about knowing that the only thing worth traveling around the world for is true love. Or in Polynesian, vahine.